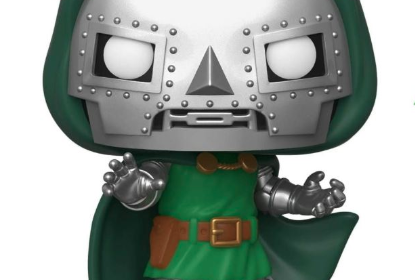 The Funko Pops already reproduce almost everything, from current or not so current TV series, to classic movies, superheroes, rockstars… These pop figures are already so numerous that it can be difficult to choose which one to buy. But of course, their success has been overwhelming, conquering people of all ages. Many of them have become collectors, others just need the pop figure that represents their favorite character, which is more and more frequent to see on office tables.

Now that 2020 is saying goodbye, it’s a good time to review the best Funko Pop of the year, which can be a perfect Christmas present. In Norma Cómics, who also know a lot about Funko Poc and have a good assortment in their store, they explain those who have swept the most this year that has already ended. Let’s see it.

The Funko Pop Games of Thrones

Already considered by many as one of the best series in history, it has been a source of inspiration for some of the most successful pop figures this year. The most successful figures of this series have been the charismatic Jon Snow as he appears in recent seasons, sweeping sales as a pop figure. Another highlight is Daenerys riding Drogon, another top-selling figure for 2020. And to the figures of the previous characters we must add that of Hodor “holding the door”. What makes this Funko stand out from the rest is that its size is twice as big as normal.

The characters of Marvel Funko Pop

Marvel is a real factory of endless pop figures. In 2019, the figure of Doctor Doom was chosen as the best Funko Pop of the year, and is still among the most voted. Also Thanos, another successful figure who stands out in the Avengers collection. And to complete the Marvel trio, there is also Mysterio, by Spiderman: a spectacular pop figure.

The wake of Funkos from Star Wars and The Mandalorian

There are no more words to define this saga, perhaps the most famous in the world and undoubtedly one of the most profitable. Luke Skywalker, Yoda, Darth Vader, Han Solo or the friendly Chewbacca, C-3PO and R2D2, are iconic characters that will go down in history. But this 2020, those who have made a particular furore have been Chewbacca and the BB-8 robot from the film The Awakening of the Force (2015). In the wake of Star Wars, it is impossible not to highlight the pop figures of Mandalorian and the irresistible Baby Yoda. If the series has caught you too, it won’t be easy for you to resist the Funko Pop of these characters, which you can also buy online at Norma Comics.